Mike Meyers is entering his first season as an assistant coach on the FIU softball coaching staff.  He will work with the Panthers’ pitching staff and all other facets including infield, hitting, base running and recruiting.

Meyers brings over 20 years of softball coaching experience with the Panthers, including serving for the last four seasons as an assistant coach at Central Washington University, where he served on the staff with current FIU head coach Mike Larabee.

During his time at Central Washington, Meyers helped guide the Wildcats to four consecutive conference titles (2016-19), a pair of regional appearances (2016, 2019) and one super regional (2016).

Meyers mentored a pitcher that was honored with All-Great Northwest Conference First Team status for four consecutive seasons (2016-19).
Prior to his tenure at Central Washington, Meyers held the title of assistant coach at Edmonds Community College (Wash.) from 2013-14 and was a travel ball coach from 2002-13, where he guided his squad to a Western World Series Championship in 2009.

Overall, during his six years as a high school coach his squads compiled an overall record of 145-25 and a mark of 88-6 in league play, including six consecutive SPSL North League Titles from 1996-01.  The teams posted top finishes at the state level – finishing fifth (1997, 98), fourth (2000) and second (2001) in the AAAA classification, which is the highest in the state of Washington.

His programs also excelled academically and were honored for their success in the classroom as the 2001 Washington Academic State Champions after posting the highest grade-point average pf any team in the state.

Meyers enjoyed a successful baseball playing career collegiately at Washington State and was honored with All-Pac-10 Conference recognition in 1986 and 1987.  He was drafted by the San Francisco Giants in the 1987 Major League Baseball Draft.

Prior to his time at Washington State, Meyers played at Yakima Valley Community College and was selected as the Male Athlete of the Year in 1985 as well as an all-conference choice in 1984 and 1985.

Meyers also participated in the 1991 United States Olympic Sports Festival in men’s fastpitch softball and was a member of the International Softball Congress (ISC) World Championship softball team in 1990. 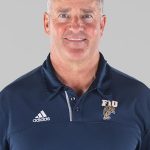 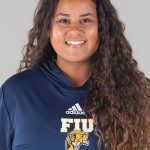